Thrive Peterborough Christmas Vegan Festival was another success for the Thrive Tribe.

Held on Saturday, November 23, in Peterborough, it was the third Thrive event following a ticketed summer gathering.

I am, of course, a member of said Thrive Tribe and one of the four organisers of Peterborough’s number one vegan Christmas festival – along with Kim, Nicola and Kelly.

I wanted to give you an insight into the organisation and motivations behind such an event.

Work actually began back in June when the Thrive summer event was still being planned. Even starting so far ahead, we were unable to find a venue in Peterborough available on the Sunday we wanted, hence we had to hold it on a Saturday this year.

We did, however, find a bigger venue next to an out of town shopping area with free all-day parking.

Parking and the venue being too packed were the common complaints from the first vegan festival we put on (I blogged about it – https://veganonadesertisland.com/2018/11/27/a-citys-first-vegan-festival-an-insiders-view/ ), so we listened to people’s views and booked a similar number of stalls in a larger hall.

This worked very well – accessibility is an important issue to me – I want everyone to be able to come and enjoy the day – parents with pushchairs, those in wheelchairs and people who aren’t good in crowds included – I think we succeeded in this aim.

One of the pleasant surprises for me was the number of local independent vegan businesses who applied for stalls – and it was great to see how well they did on the day.

We don’t have an estimate of the number of visitors at the time of writing, but I’d say it was slightly fewer than the 2,000 who visited last year – I put this down to it being held on a Saturday. More people work Saturdays than Sundays and more events are also held on a Saturday.

Booking stalls was surprisingly easy. We posted the event on Facebook and Instagram and the applications began to roll in.

I designed an application form and a list of terms and conditions and we set about organising meetings to discuss applications.

We then started to confirm vendors, promote them through social media and collect public liability and food hygiene certificates.

Things like not blocking fire escapes, electrical requirements (we had to hire two generators after discussions with an electrician) and what the venue would and wouldn’t allow all had to be taken into consideration.

For a small group of people working voluntarily, a lot of work goes into putting on such events – and we were working on the day too – marking out the floor for stalls, making sure everyone was OK, dealing with any issues and overseeing the volunteers, workshop rooms, photo booth and kids’ craft areas.

In the weeks before the event, we went on a PR drive, sending out press releases and printing flyers to hand out to businesses which were likely to attract interested customers. There’s no point in putting on an event if people don’t know about it – and we wanted everybody who might be interested to know about it.

A huge plus for us on the day was the presence of Hench Herbivore – a well known social media star who proves how fit and strong vegans can be.

Stalls at the event included doughnuts, cakes, cheeses, dog treats, candles, toiletries, pressure groups, skincare, food, drink and so much more – people forget how big veganism is now – it really has become an economic force to be reckoned with in the modern age.

However, my main reason for getting involved is simply to spread the vegan message in Peterborough. At the time of our first vegan festival, nobody had done it here before and I wanted to see that change. I travelled to vegan fairs and I wanted one on my doorstep – therefore, if nobody else was doing it then why shouldn’t I? And when Kim came to us with the idea, I jumped at the chance of getting involved (I already co-ran the Peterborough Vegetarian and Vegan group with Kim).

In conclusion, the hard work is worth it – but if you want to bring a similar event to your town on a DIY ethos, talk to people who have put of similar events – there’s a lot to think about before going ahead. But vegans are friendly people and vegan business owners are among the friendliest of all.

If writing a blog isn’t self-indulgent enough, I am now going to blog about something I’m helping to organise – the ultimate in self-indulgent blogging – and I’m not sorry.

In short, this is the biggest vegan event in Peterborough so far – and I’m helping to organise it – so, of course, I’m going to shout about it.

It will be held at the Fleet – a community centre in Fletton, one of Peterborough’s townships – on Sunday, November 25, 2018, from 10am until 5pm and, hopefully thereafter. 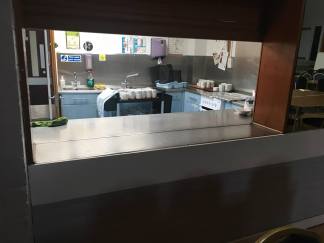 There will be stalls – lots of stalls, from independent traders to larger, more established vegan companies, workshops and speakers. You can register to book a stall by emailing Peterboroughvegans@gmail.com with the subject line Vegan Fair Stalls detailing the type of business (independent, a sole trader, or an established firm), what you will sell and a contact name and phone number.

The idea was put together by Kim Coley, who runs the city’s Soul Happy Wellness Centre (soulhappy.org.uk) which hosts the Peterborough Vegetarian and Vegan Group’s (https://www.facebook.com/PeterboroughVeg) monthly Food share (despite the name, all the food is vegan) – Kim and I run the group – or help to run it, all the members have a say in what we do and how we do it.

We decided that towns much smaller than our (albeit baby) city were hosting vegan events, so we should too. After all, Peterborough is very central, has fantastic transport links and the venue itself has a large car park.

Peterborough already has Resist Vegan Kitchen (https://www.facebook.com/resistvegankitchen/) serving vegan street food from its base at the Ostrich Pub (https://www.facebook.com/ostrichinn/) a very vegan-friendly bar. Resist also cater at many events in the area. I’ve blogged about them before (https://veganonadesertisland.com/2017/10/29/vegan-pop-up-kitchen-with-punk-ethics/ )

Anyway, a small group of us from the vegan group is helping to organise this vegan extravaganza and as we put it together we will be on the lookout for volunteers, suggestions and any help in publicising the event.

We look forward to seeing you there.